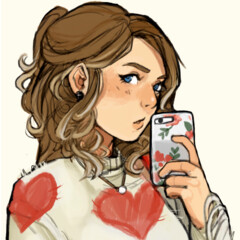 Hi! My name is Whit,
I am a 3D Artist with a passion for bringing characters to life through modeling and look development. I started out as a 2D artist, but quickly developed a love for 3D.
I have production experience modeling, surfacing, and lighting for children's entertainment, as well as creating low-poly game ready assets.